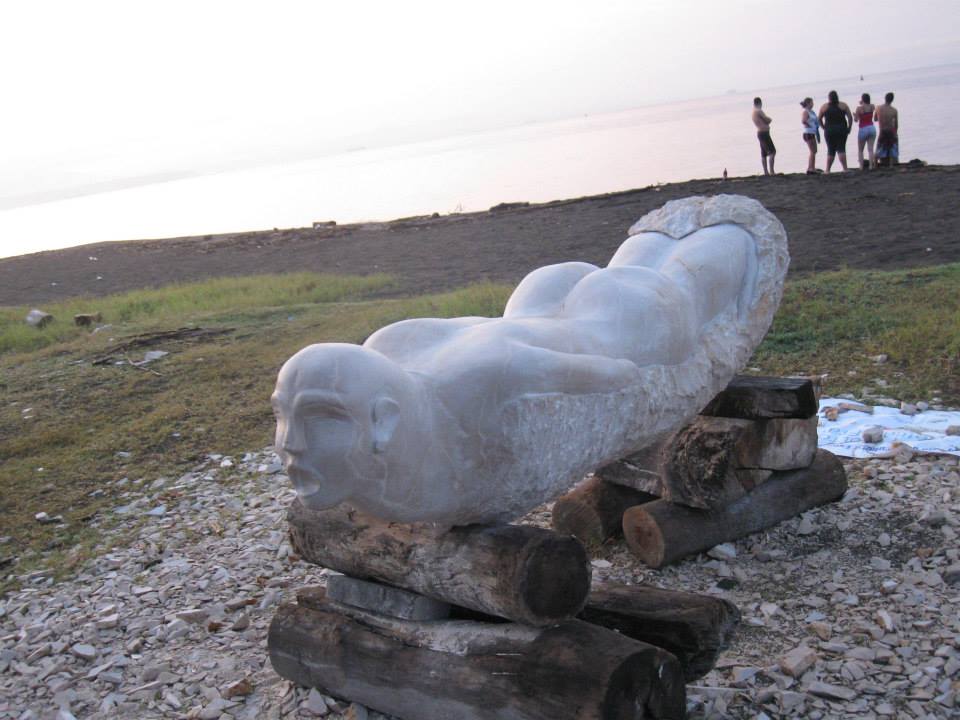 Relationship, Confrontation, Instinct, Desire, Nature, Emotion, Choice…These are some of the themes, which inspired the meaning of my artwork. The public will naturally choose to sit on one of the sides of the artwork (the male side or the female side); this determines the choice of duality and freedom of human existence. The balance is caused by the swaying of the artwork, which will produce a sound (rustle), drawing attention to the change of position.

“I would like to find an expression of duality, I would like to write chapters and sentences in which one thing and its opposite, variety and unity, joke and seriousness could coexist. Life consists in this, in the fluctuation between two poles, in the oscillation between the two cornerstones of the world. I would joyfully like to show the blessed variety of the world, and always remember that at the end of this truth there’s unity.”
Hermann Hesse, aphorisms