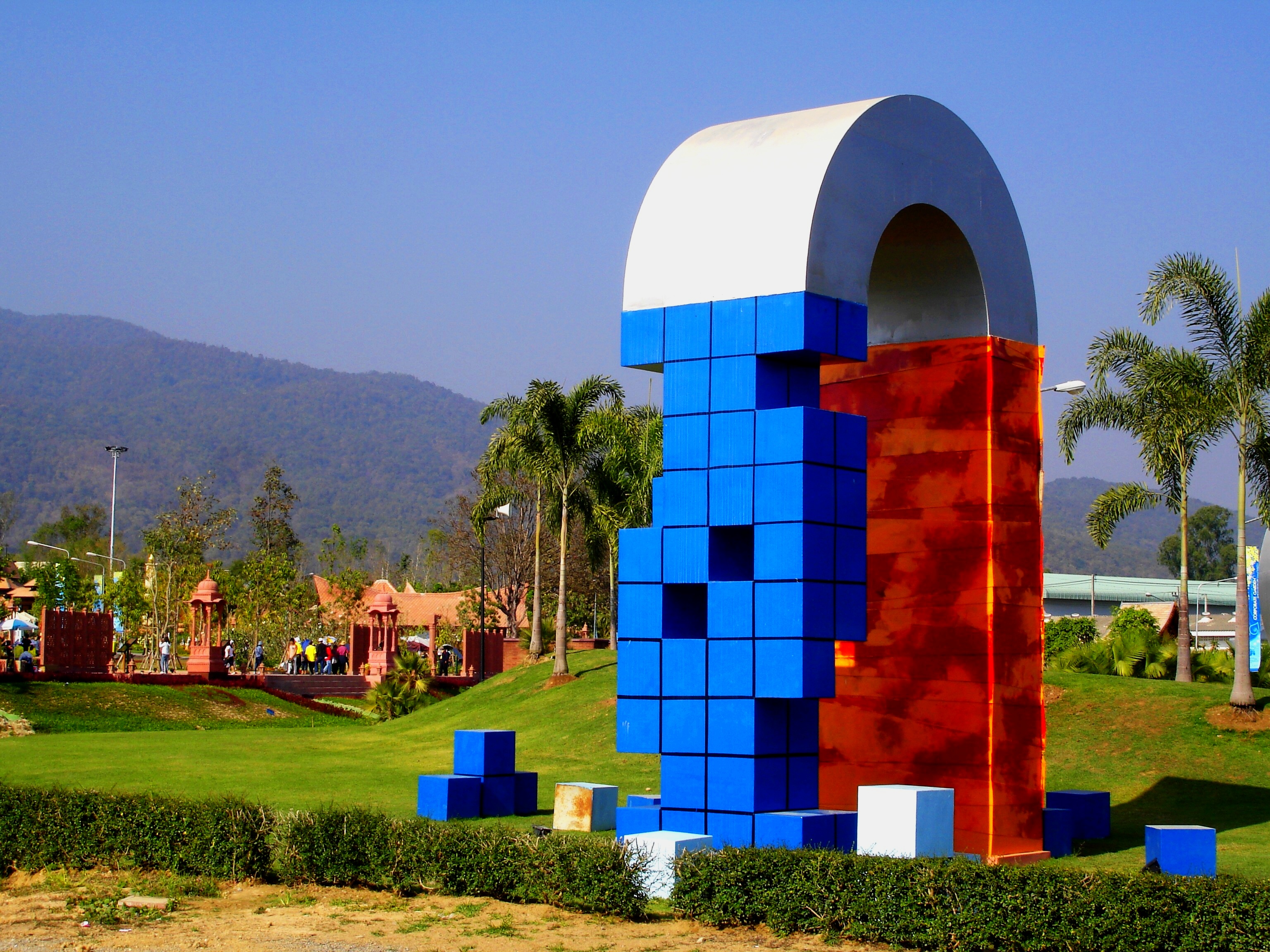 The whole sculpture has been conceived as an homage to H.R.H. King Bumiphol and his long reign with the auspice of a long and prosperous future.
Three different realities are represented in the sculpture:
– a first one, represented by the column realized with 60 painted stainless steel bands that intends to celebrate the 60th Anniversary of H.R.H. King Bumiphol ’s Coronation in 2006
– a second one, introduced by the other column realized with 80 stainless steel squares which wants to represent the 80 years that H.R.H. King Bumiphol is going to celebrate on 2007.
– and the third one, that leans on the others two, stretching superiorly as an arc, which represent the wish of a long and happy future for the H.R.H. King Bumiphol and the whole nation of Thailand.
The three realities together create a door that frames a space and can physically be crossed. The door symbolically represents an entrance to the actual Thai world that necessarily passes by the history of its monarchy and the deeds of H.R.H. king Bumiphol that with his constant civil and social engagement during the years of his kingdom, always contributed to the development of his Country aiming at values as justice, honesty and beauty.
A sculpture therefore, to celebrate a great king, beloved from his people. An art work that aims to transport his image and his deeds to the future generations, that will continue to cross it to remember, to celebrate, to thank a King that has deeply marked the history of the Thai nation.